Facing up to things

Having just been to Turkey where people are now accustomed to wearing masks outdoors at all times (and we saw this enforced by the police), and where 80 per cent alcohol-based lemon cologne is used everywehre and anywhere (even pre-Covid-19 times), this was a reminder to me about clubs contemplating face-to-face meetings and what the requirements might be.

As we’re all aware, it is important to follow government advice, which changes from time to time. As to assessing risk in the context of face-to-face Rotary meetings, I’m aware of various discussions within the district. RGBI insurers Bartletts are advising that we have a risk assessment for ‘every activity or event’. In respect of meetings in Covid-compliant locations, eg restaurants or meeting venues, they are still needed – it is not enough to rely on the risk assessment carried out by the venue. The risk assessments also need to cover travel to meetings. The requirement for risk assessments is a condition of our insurance. The policy wording says:

‘It is imperative that you produce and retain all documentation from the organisation and planning of the event. Ensure that you keep a written copy of risk assessments and/or event plans which can be sent to the insurers in the event of a claim.’

Some sample risk assessments will be sent out to the secretaries.

Some useful press coverage for Rotary and what we can achieve in the following article in the Somerset County Gazette: 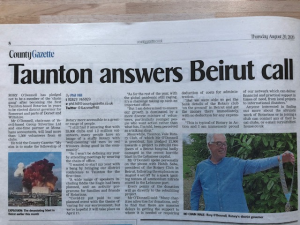 For the slightly differently-worded online article – see the link below. Sadly though, they got it wrong and billed it as being the new president of Taunton Vale. Apologies to Tony Blackshaw – that is obviously not what I told them!

RORY O’Donnell, the new president of the Rotary Club of Taunton Vale, is going to be doing things differently. For starters, you won’t catch him wearing red trousers as he tries to demolish the …

There is no doubt that the future of Rotary lies in attracting younger people, and what better way and place to start than with Rotary’s specific youth initiatives? We need a new Rotary Youth Exchange coordinator – and also someone to take on the role of Young Writer coordinator. Please do consider taking on one of these roles – there is so much experience within the District which can be put to good use here.

KidsOut have circulated information about a new initiative to supply toy boxes to local refuges in club areas. The KidsOut data will identify the number of children in your local refuge(s), in order to provide a Rotary Christmas Toy Box. ‘Every Refuge, Every Child’. We are asking clubs to consider sponsoring toy boxes for £25.00 each child, each refuge.

For further information or if you’d like to volunteer to help in respect of any young people initiatives, please contact Martin Carter or me.

On Tuesday, the World Health Organization’s (WHO) Africa region, has officially been certified free from wild poliovirus [LINK], signifying a major milestone in the battle to eradicate the disease worldwide
This progress is the result of a decades-long effort across the 47 countries which make up the WHO’s African region and now means that five of the six WHO regions, which represent 90% of the world’s population, will be free of wild polio.

Rotary members have played an invaluable role in the effort to rid the African region of wild polio. 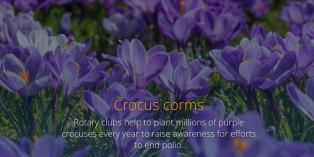 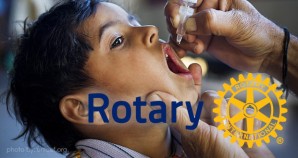 By raising funds for polio eradication, advocating with world governments and national and local leaders, and raising awareness, Rotarians have contributed nearly US $890 million to conquer polio in the region.

Opportunities to attend other meetings

On Thursday 17 September, the Rotary Club of Kelso is welcoming RI Past President John Germ who will be giving an update on Rotary’s Polio Eradication Campaign and then on Thursday 5 November the current RI President, Holger Knaack will share his hopes and aspirations for Rotary.

Each meeting will commence at 6:00pm and will run for around hour.

The registration links for both meetings are below:

District has supported the Yeovil Hospital Breast Cancer Unit Appeal for the last couple of years. The appeal in total is for £2 million with Rotary aiming to raise £100K.

The Rotary appeal has struggled as you would imagine since March with clubs and fundraising events being adversely affected. As an example, a wing walking day has had to be postponed for at least a year, and the latest blow being the removal of some global grant benefits. This on its own will result in a £20K hit. Therefore, I would like to remind clubs of this district-supported appeal for a cause that will directly benefit members, their relatives and friends.

It’s official – The WHO Africa Region has been declared wild polio-free!

Today, the World Health Organization’s (WHO) Africa region, has officially been certified free from wild poliovirus [LINK], signifying a major milestone in the battle to eradicate the disease worldwide.

This progress is the result of a decades-long effort across the 47 countries which make up the WHO’s African region and now means that five of the six WHO regions, which represent 90% of the world’s population, will be free of wild polio.

Rotary members have played an invaluable role in the effort to rid the African region of wild polio. 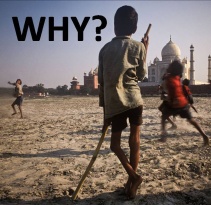 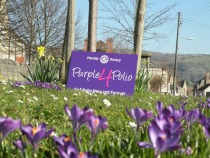 By raising funds for polio eradication, advocating with world governments and national and local leaders, and raising awareness, Rotarians have contributed nearly US $890 million to conquer polio in the region.

To all Rotarians in District 1200

Coronavirus has understandably meant that the foot has come off the peddle of
Polio giving, although the infrastructure has still been used in dealing with the
Pandemic and polio vaccines are continuing to be purchased.

If every Rotarian in the district donated the cost of

We could raise approximately £14,000
Which the Bill Gates |Foundation would turn into

Please send your donations to
The Rotary Foundation of UK,
Kinwarton Road, Alcester, B49 6PB.
Endorsing your cheque POLIO

WHY NOT DO IT NOW TO BEAT THE END OF JUNE DEADLINE?

I am sure that most of you will be aware that we now have polio epidemics in a number of countries. Fortunately the 140 wild polio cases are still confined to Afghanistan and Pakistan – partly because of the ping-pong effect of people moving backwards and forward through the Khyber Pass region between the two countries, and partly because of non-cooperation and anti-propaganda issued by the local tribal and religious leaders.

However, we also had 250 cases of vaccine-derived polio in a variety of countries because of the oral vaccine we used – nearly all type 2 virus. The oral vaccine that we have been using for years contained three live (but attenuated so that they are no longer virulent) viruses – Types 1, 2 and 3. The wild Type 2 virus has not been seen in the wild since 1999 and that is why we did the “Switch” a few years ago, changing to the bivalent vaccine – Types 1 and 3 only. However we are now reaping the results of that triple vaccine.

I met Bill Gates five years ago and his comment was “This is not about money – there is plenty available. It all depends on the political will of the leaders of the countries or communities concerned”. Wise words indeed, particularly when religious leaders tell parents that the polio vaccine causes AIDS or sterility – both guaranteed to frighten parents. 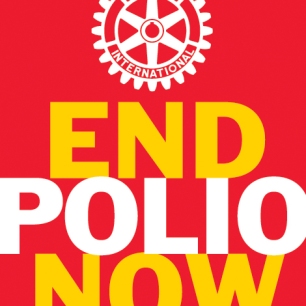 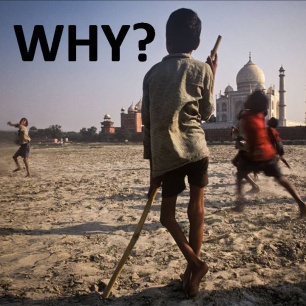 We have been saying, for over 30 years, that we are not safe until the last child has been vaccinated. When a country has roughly 85-90% coverage, the so-called herd immunity usually stops transfer of the virus. However, when immunisation level fall lower than that figure, there is an increasing risk, not only of developing polio from the wild virus, but also that the virus in the live vaccine can mutate and so cause vaccine-derived polio-. Sadly, because a number of third world countries have less than optimum immunisation levels, we now have polio epidemics in countries that have not had polio for many years. Also vaccine derived polio tends to appear in those whose general health is not as good, and who are less well nourished – again usually in the third world.

But there is perhaps a bonus because whereas we were not always believed in the past, parents and countries are now realising that, if they do fail to immunise, then they will have problems and as education improves, Mums want their children covered against polio, and other diseases. I am living in hope that it will swing back in our favour this year if people have got the message. After all, we never thought we would eradicate polio from India but the Indians were told what a disgrace it would be if they were the last country in the world with polio and they have now been clear for six years. If India can do it with its massive population and geographical challenges, then other countries can do so as well. Bill Gates was right – it is a political problem and it just needs cooperation from the top down to the grass roots level and we will rid the world of polio.

If I can help by coming to your club to talk about this, or if you have any questions, please do not hesitate to let me know.

Look up Events and Interests

CONTRIBUTE TO THIS SITE